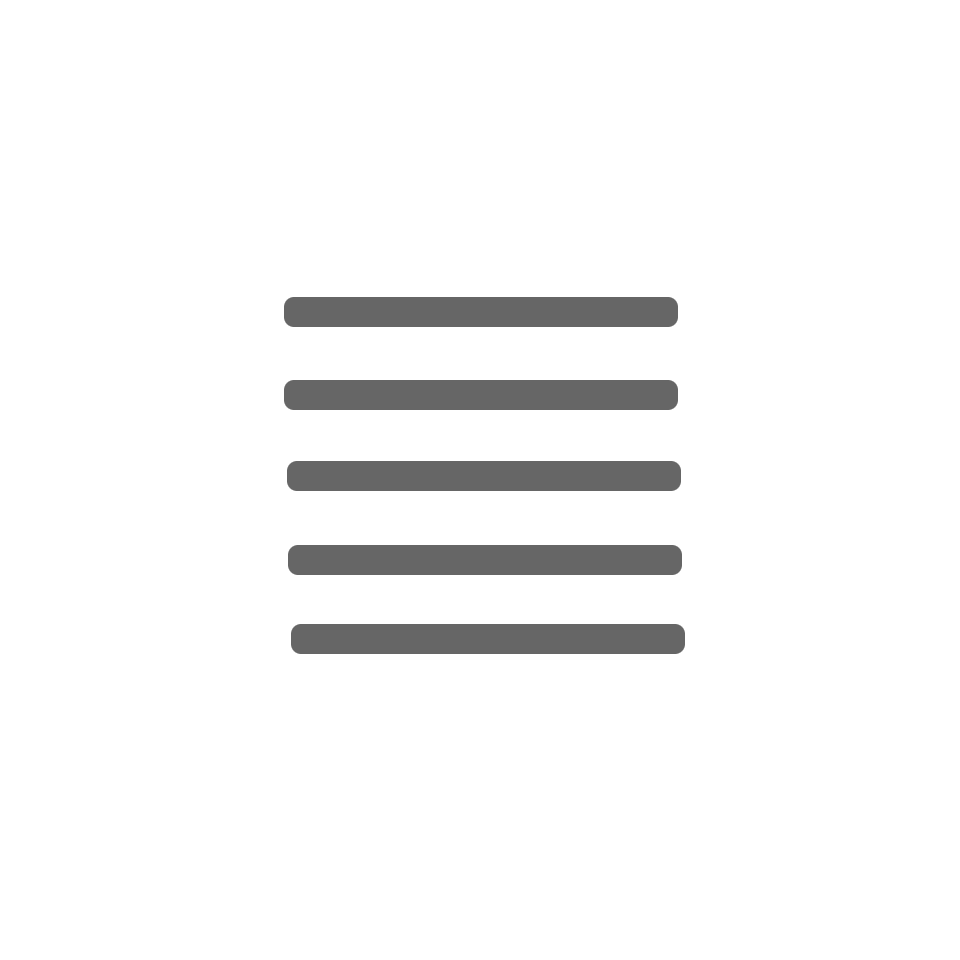 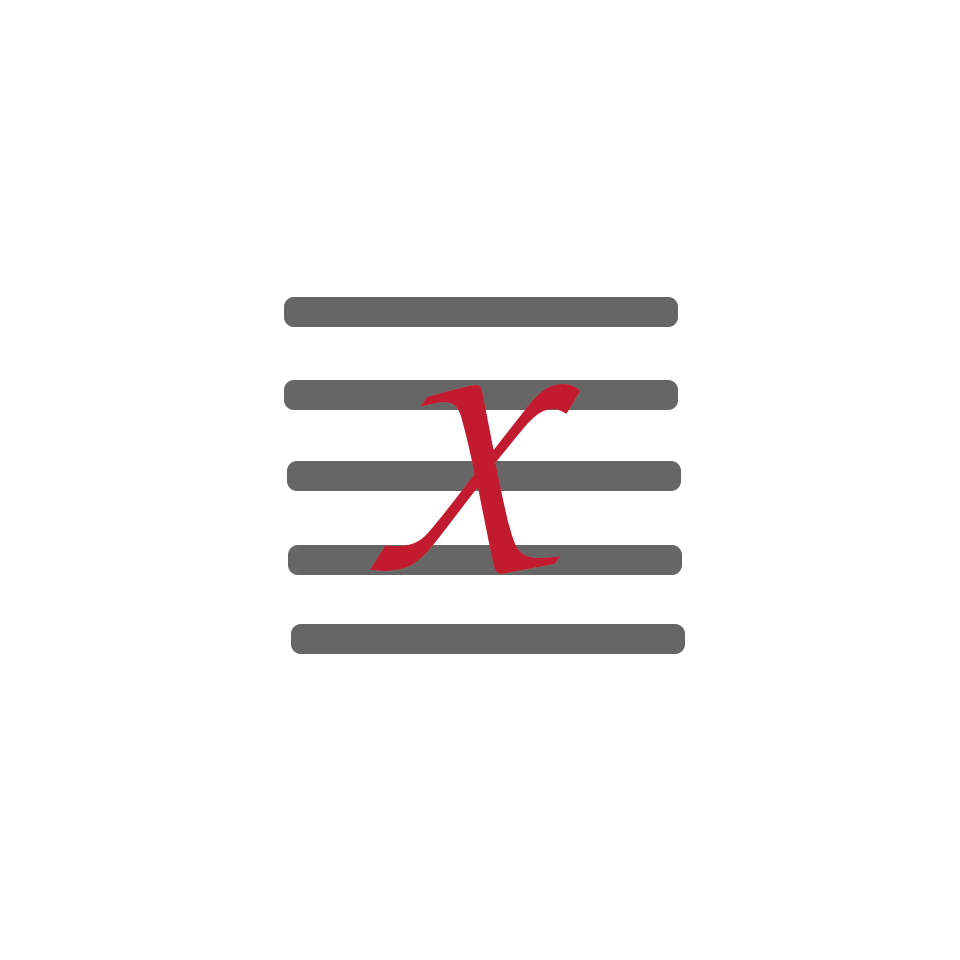 Some of my Regency novellas are being released as e-books, as follows:- 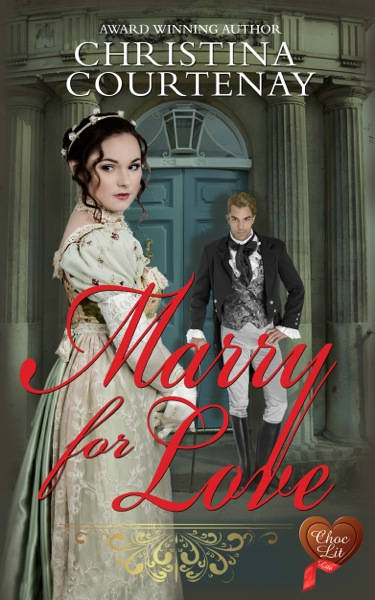 Trapped in an intolerable marriage?

Delilah cannot bear to watch as her twin sister Deborah marries Hamish Baillie, Fourth Earl of Blackwood. Not only because she knows that her conniving sister has manipulated the poor man into marriage, but also because she has been in love with the Earl since she first set eyes on him…

Delilah is willing to make the ultimate sacrifice to save Hamish from a life of unhappiness - but will her plan work, or will she have to accept that she is no match for her twin's scheming ways? 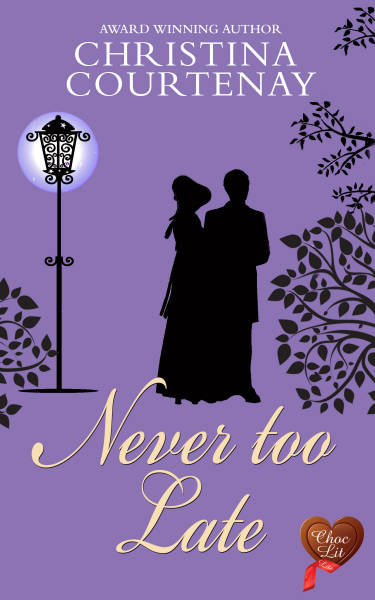 Can true love be rekindled?

Maude is devastated when the interference of her strict father prevents her from eloping with Luke Hexham. It is not long before she is married off to Edward, Luke's cousin - a good match in her father's eyes but an abhorrent one to his daughter.

Eight years later, Edward is dead. Maude, now Lady Hexham, is appalled to find his entire estate is to go to Luke - the man she still loves - with no provision for either herself or her young daughter.

Luke has never forgotten Maude's apparent betrayal, but he has the means to help her. Maude doesn't want his charity, but agrees to stay as his paid housekeeper.

Soon Maude and Luke realise that perhaps it is never too late for true love. But, even after eight years, there is still somebody who would stop at nothing to keep them apart… 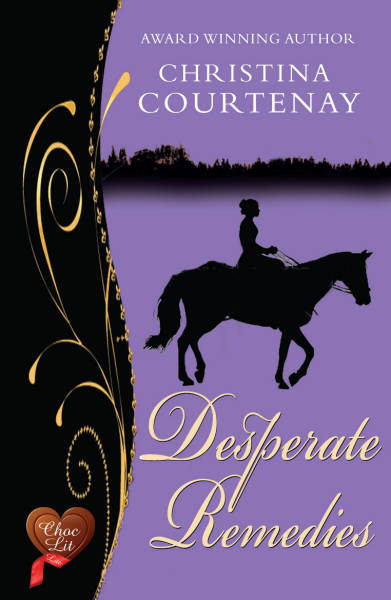 She would never forget the day her heart broke…

Lexie Holloway falls desperately in love with the devastatingly handsome Earl of Synley after a brief encounter at a ball. But Synley is already engaged to be married and scandal surrounds his unlikely match with the aging, but incredibly wealthy, Lady Catherine Downes.

Heartbroken, Lexie resolves to remain a spinster and allows circumstance to carry her far away from England to a new life in Italy. However, the dashing Earl is never far from her thoughts.

Years later, she returns home to find that much has changed - including the marital status of Synley. Whilst the once notorious Earl is a reformed character, the problems caused by his first marriage continue to plague him and it appears that his life may be in danger.

Can Lexie help Synley outwit those who wish to harm him and rekindle the flame ignited all those years ago, or will her associations with the Earl bring her nothing but trouble? 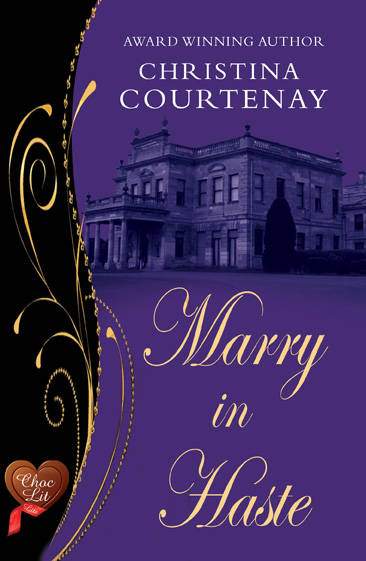 When James, Viscount Demarr confides in an acquaintance at a ball one evening, he has no idea that the potential solution to his problems stands so close at hand …

Amelia Ravenscroft is the granddaughter of an earl and is desperate to escape her aunt's home where she has endured a life of drudgery, whilst fighting off the increasingly bold advances of her lecherous cousin. She boldly proposes a marriage of convenience.

And Amelia soon proves herself a perfect fit for the role of Lady Demarr. But James has doubts and his blossoming feelings are blighted by suspicions regarding Amelia's past.
Will they find, all too painfully, that to marry in haste is to repent at leisure? 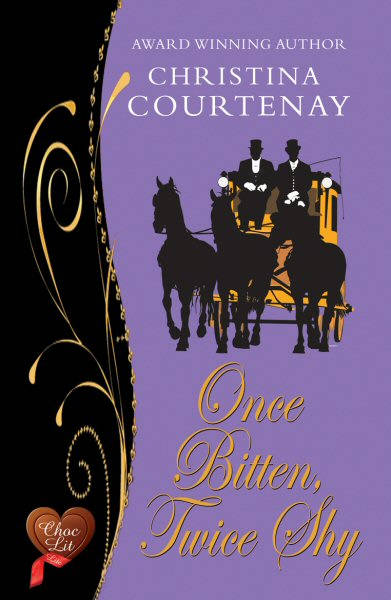 Once Bitten, Twice Shy
Published as an ebook by Choc Lit
Originally published by My Weekly and Dales Large Print

'Find Robert a wife before he falls for some unsuitable country girl!'

Jason Warwycke, Marquess of Wyckeham, doesn't think his nephew Robert is anywhere near ready to marry, but the boy does need some town bronze, so Jason reluctantly takes him to London. At Almack's, they meet the Templeton twins - diamond of the first water Serena and her bluestocking sister Ianthe - who are the talk of the town. Robert predictably falls for Serena, but Jason finds himself inexorably drawn to the other twin.

Ianthe wants nothing more than to return to the country and escape from the mindless social whirl of the London season and her sister's machinations. She believes she has no hope of attracting a husband, but then she meets the enigmatic Marquess. There is an instant report between them, but is he merely amusing himself or does he have honourable intentions? And will Serena manage to snare him first?

But Jason doesn't want a wife either - his first foray into the married state ended in disaster and he has no intention of repeating the experience. He leaves Almack's determined to ignore the attraction he'd felt for Ianthe, but somehow he finds it impossible to stay away from her. He hadn't planned on falling in love, but what if it happens anyway?

Having had one awful marriage, will Jason have the courage to try again or is it a case of once bitten, twice shy?

Desperate Remedies, Marry in Haste and Once Bitten, Twice Shy are available as a collection. 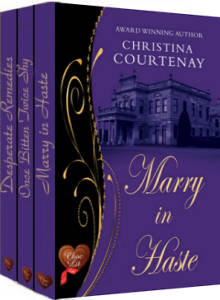 Use of cookies on this web site: Christina Courtenay collects no personally identifiable data in cookies. However, a number of social media and search engine companies place tracking cookies without our consent or co-operation. If you wish to avoid tracking, please read our cookies policy, where you will find links to resources that will help you set your browser accordingly.