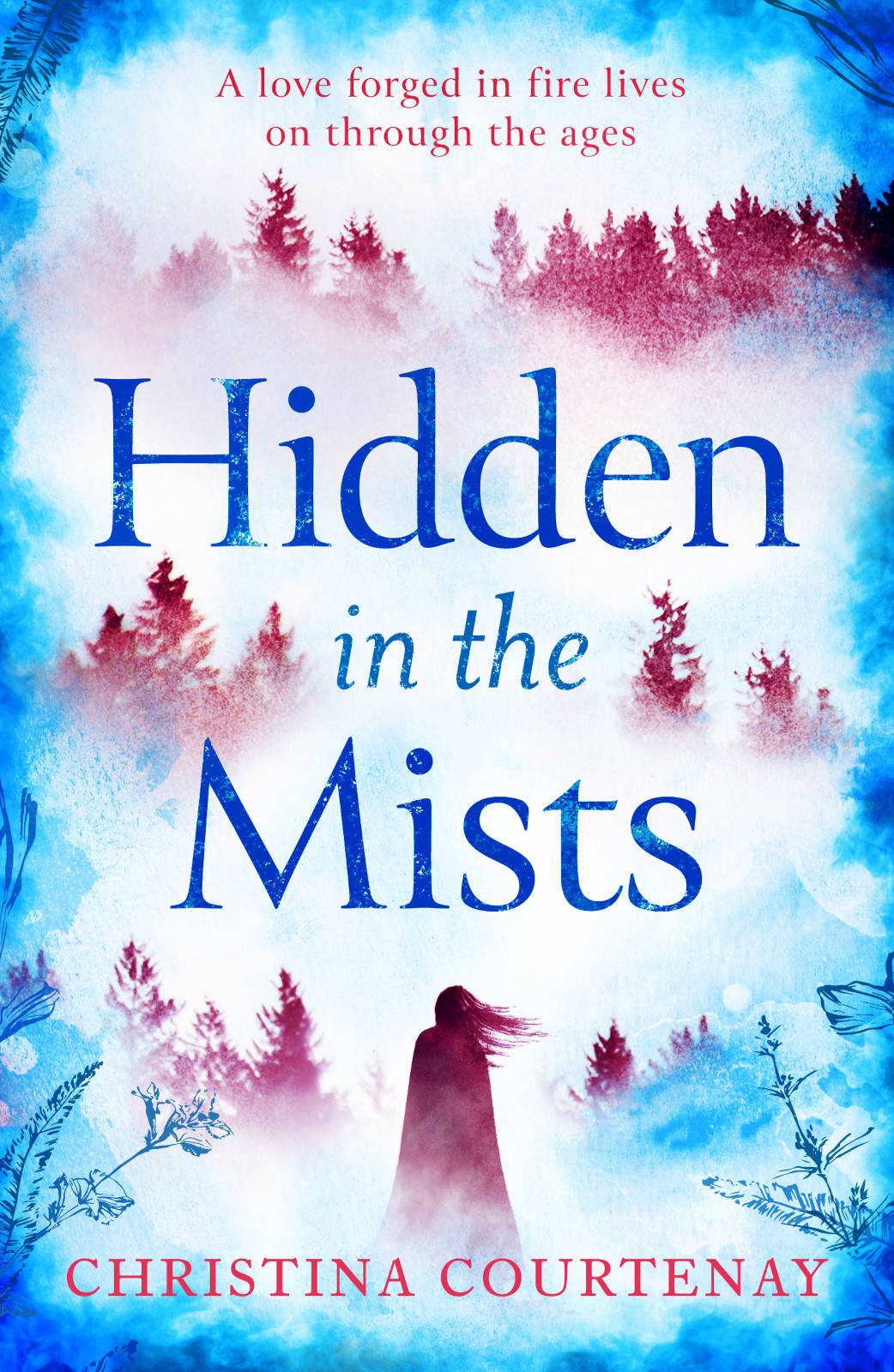 Hidden in the Mists

A love forged in fire lives on through the ages.

A love forged in fire lives on through the ages.

Skye Logan has been struggling to run her remote farm on Scotland\'s west coast alone ever since her marriage fell apart. When a handsome stranger turns up looking for work, it seems that her wish for help has been granted.

Rafe Carlisle is searching for peace and somewhere he can forget about the last few years. But echoes of the distant past won\'t leave Skye and Rafe alone, and they begin to experience vivid dreams which appear to be linked to the Viking jewellery they each wear.

It seems that the ghosts of the past have secrets… and they have something that they want Skye and Rafe to know.
Buy Hidden in the Mists

Tempted by the Runes

Born centuries apart. Bound by a love that defied time.

She couldn't believe her eyes. The runes were normally so reliable and she had never doubted them before.

Madison Berger is visiting Dublin with her family for a Viking re-enactment festival, when she chances upon a small knife embedded in the banks of the Liffey. Maddie recognises what the runes on the knife's handle signify: the chance to have her own adventures in the past.

Maddie only intends to travel back in time briefly, but a skirmish in 9th century Dublin results in her waking up on a ship bound for Iceland, with the man who saved her from attack.

Geir Eskilsson has left his family in Sweden to boldly carve out a life of his own. He is immediately drawn to Maddie, but when he learns of her connection to his sisters-in-law, he begins to believe that Fate has played a part in bringing them together. Amidst the perils that await on their journey to a new land, the truest battle will be to win Maddie's heart and convince her that the runes never lie…
Buy Tempted by the Runes 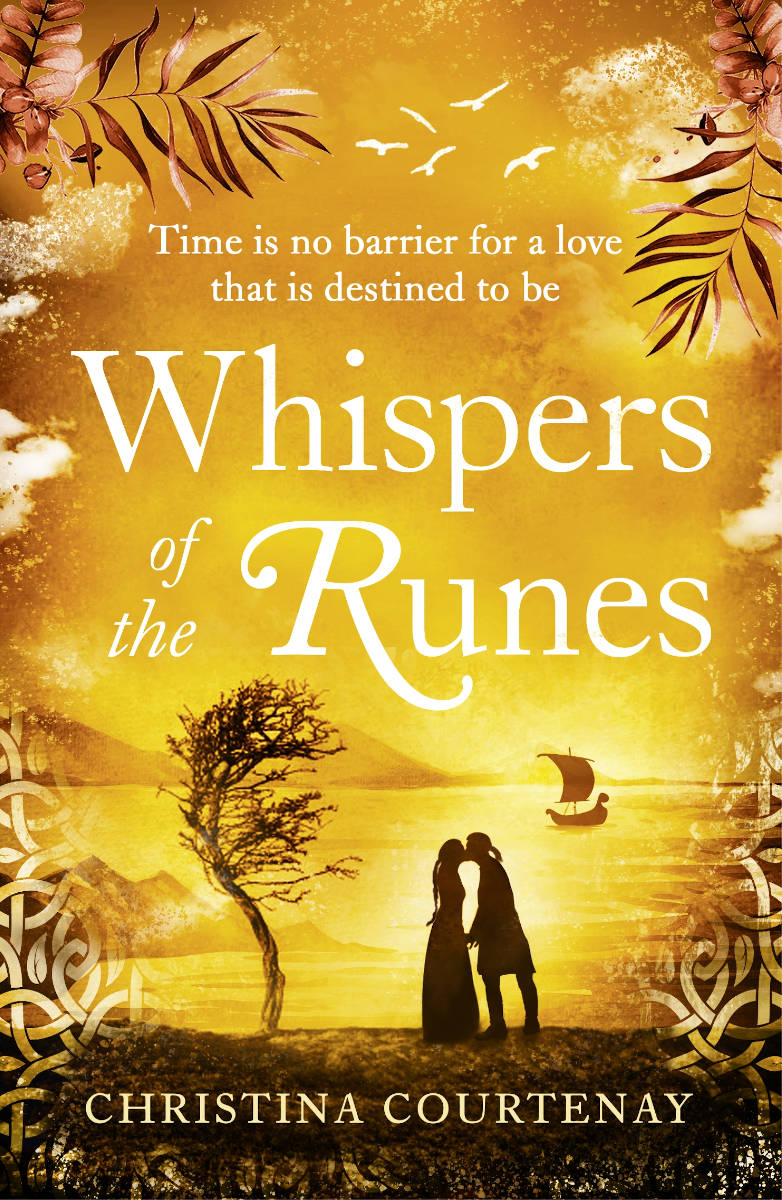 Whispers of the Runes

Time is no barrier for a love that is destined to be.

She couldn't be sure that she had travelled through time… but deep down she just knew.

And her only way back had just disappeared.

When jewellery designer Sara Mattsson is propelled back to the ninth century, after cutting herself on a Viking knife she uncovers at an archaeological dig, she is quick to accept what has happened to her. For this is not the first Sara has heard of time travel.

Although acutely aware of the danger she faces when she loses the knife - and with it her way to return to her own time - this is also the opportunity of a lifetime. What better way to add authenticity to the Viking and Anglo-Saxon motifs used in her designs?

As luck has it, the first person Sara encounters is Rurik Eskilsson, a fellow silversmith, who is also no stranger to the concept of time travel. Agreeing that Sara can accompany him to Jorvik, they embark on a journey even more perilous than one through time. But Fate has brought these two kindred spirits together across the ages for a reason…
Buy Whispers of the Runes 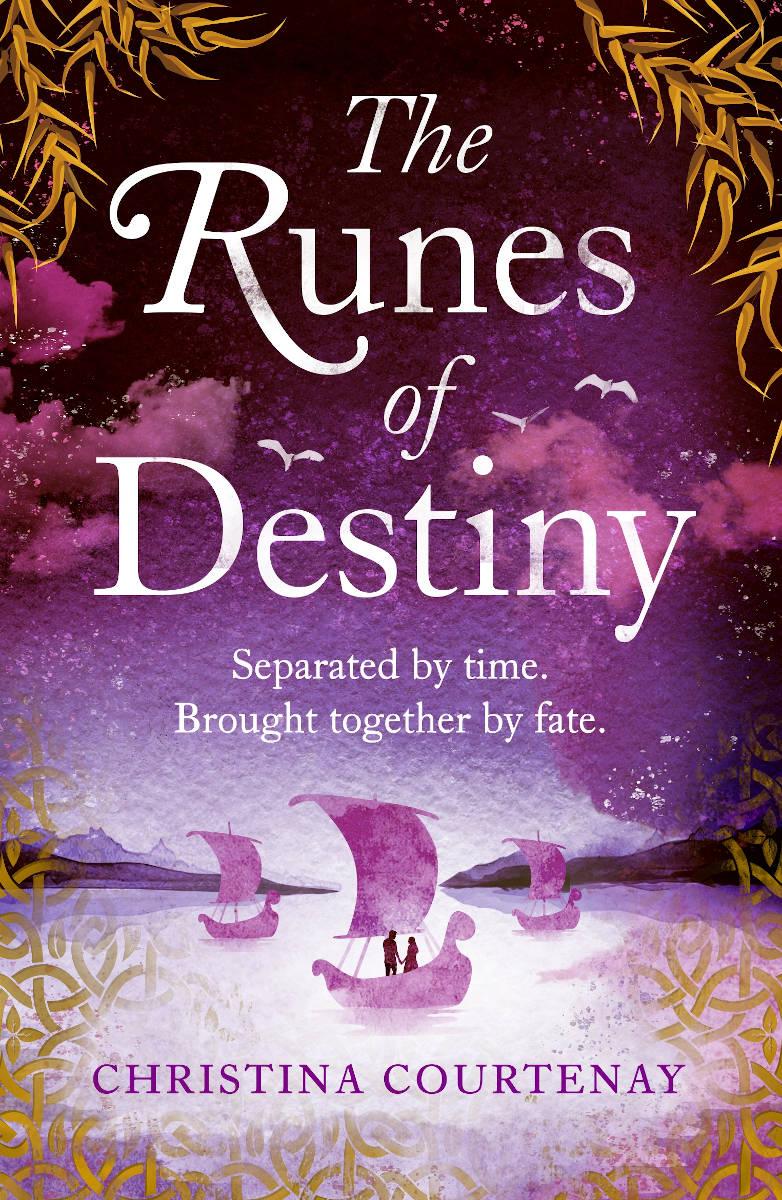 The Runes of Destiny

Separated by time. Brought together by fate.

Linnea felt a shiver travel the length of her spine.

It hadn't been a joke - the runes really had shown her destiny.

Indulging her fascination for the Viking language and losing herself in an archaeological dig is just what Linnea Berger needs after her recent trauma. Uncovering an exquisite brooch, she blacks out reading the runic inscription, only to come to, surrounded by men in Viking costume, who seem to take re-enactment very seriously.

Lost and confused, Linnea finds herself in the power of Hrafn, a Viking warrior who claims her as his thrall and takes her on a treacherous journey across the seas to sell her for profit. Setting sail, she confronts the unthinkable: she has travelled back to the ninth century.

Linnea is determined to find a way back to her own time, but there's a connection forming with Hrafn. Can she resist the call of the runes and accept her destiny lies here…
Buy The Runes of Destiny Here 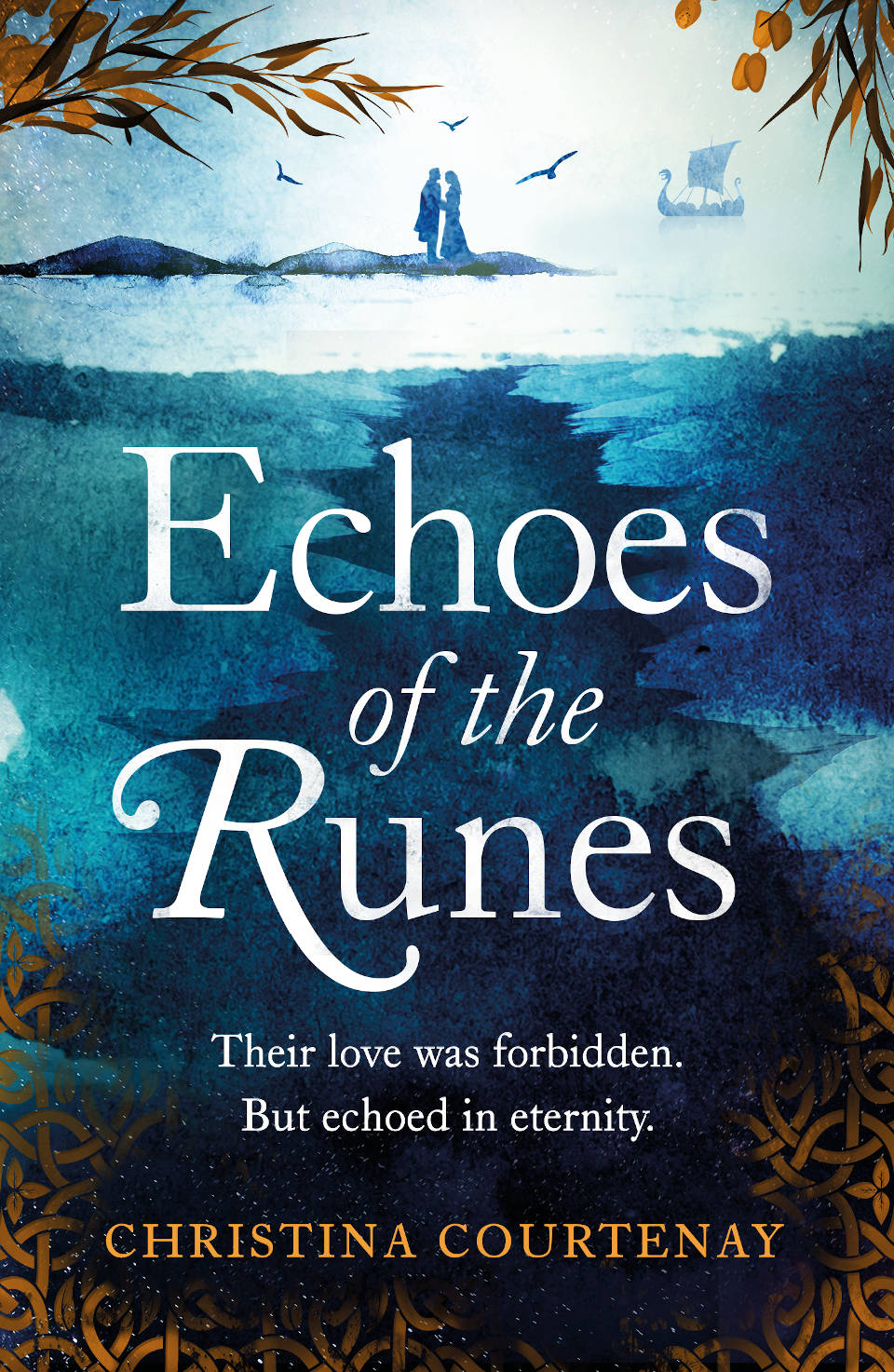 Echoes of the Runes

Their love was forbidden. But echoed in eternity.

When Mia inherits her beloved grandmother's summer cottage, Birch Thorpe, in Sweden, she faces a dilemma. Her fiancé Charles urges her to sell and buy a swanky London home, but Mia cannot let it go easily. The request to carry out an archaeological dig for more Viking artefacts like the gold ring Mia's grandmother also left her, offers her a reprieve from a decision - and from Charles.

As Mia becomes absorbed in the dig's discoveries, she finds herself drawn to archaeologist Haakon Berger. Like her, he can sense the past inhabitants whose lives are becoming more vivid every day. Trying to resist the growing attraction between them, Mia and Haakon begin to piece together the story of a Welsh noblewoman, Ceri, and the mysterious Viking, known as the 'White Hawk', who stole her away from her people in 869 AD.

As the present begins to echo the past, and enemies threaten Birch Thorpe's inhabitants, they will all have to fight to protect what has become most precious to each of them…
Buy Echoes of the Runes Here 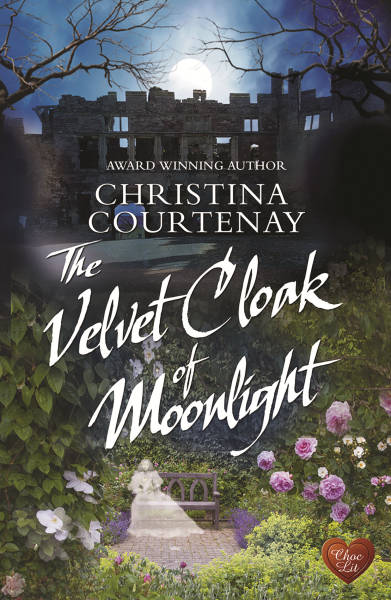 The Velvet Cloak of Moonlight

"As the velvet cloak of moonlight settled over the ruined towers of Raglan Castle, the shadows beneath them stirred…"

When newly widowed Tess visits Raglan Castle, she experiences an extraordinary vision that transports her to seventeenth-century Wales and a castle on the brink of a siege.

Even when Tess leaves Raglan to return to Merrick Court, her late husband's home, the strange dreams continue as her life becomes increasingly intertwined with the past. And when the new owner of the estate arrives - New Zealander Josh Owens - the parallels become even more obvious.

But perhaps the visions aren't just trying to tell their own story, maybe they're also giving a warning…
Buy The Velvet Cloak of Moonlight Through Amazon 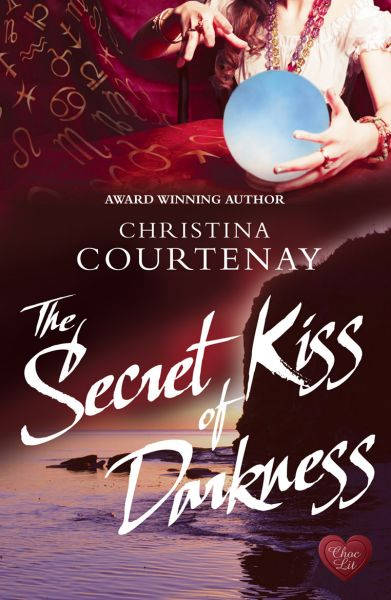 The Secret Kiss of Darkness

Must forbidden love end in heartbreak?

Kayla Sinclair knows she's in big trouble when she almost bankrupts herself to buy a life-size portrait of a mysterious eighteenth century man at an auction.

Jago Kerswell, inn-keeper and smuggler, knows there is danger in those stolen moments with Lady Eliza Marcombe, but he'll take any risk to be with her.

Over two centuries separate Kayla and Jago, but when Kayla's jealous fiancé presents her with an ultimatum, and Jago and Eliza's affair is tragically discovered, their lives become inextricably linked thanks to a gypsy's spell. Kayla finds herself on a quest that could heal the past, but what she cannot foresee is the danger in her own future.

Will Kayla find heartache or happiness? 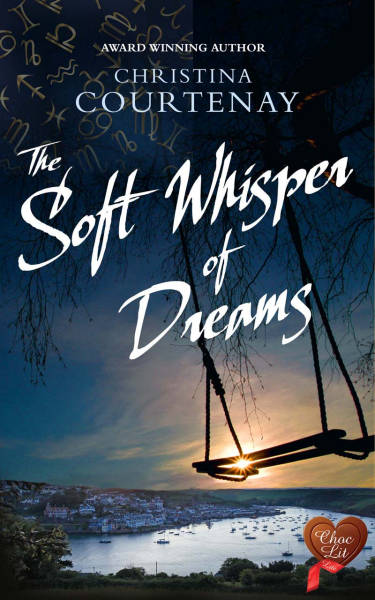 The Soft Whisper of Dreams

Maddie Browne thought she'd grown out of the recurring dream that plagued her as a child, but after a shocking family secret is revealed, it comes back to haunt her - the same swing in the same garden, the kind red-haired giant and the swarthy arms which grab her from behind and try to take her away…

In an attempt to forget her troubles, Maddie travels to Devon to spend time with her friends, Kayla and Wes. However, it becomes clear that relaxation will not be on the agenda after a disturbing encounter with a gypsy fortune teller. Not to mention the presence of Wes's dangerously handsome brother, Alex. 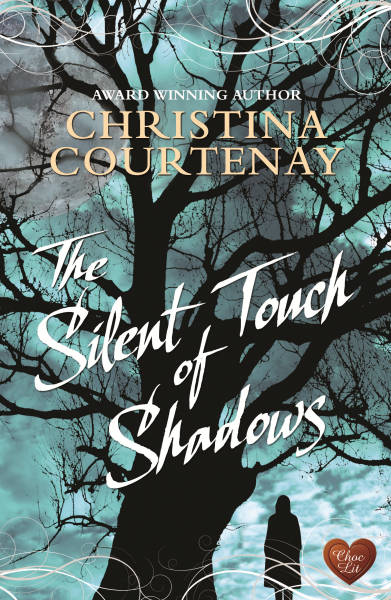 The Silent Touch of Shadows

What will it take to put the past to rest?

Professional genealogist Melissa Grantham receives an invitation to visit her family's ancestral home, Ashleigh Manor. From the moment she arrives, life-like dreams and visions haunt her. The spiritual connection to a medieval young woman and her forbidden lover have her questioning her sanity, but Melissa is determined to solve the mystery.

Jake Precy, owner of a nearby cottage, has disturbing dreams too, but it's not until he meets Melissa that they begin to make sense. He hires her to research his family's history, unaware their lives are already entwined. Is the mutual attraction real or the result of ghostly interference?

A haunting love story set partly in the present and partly in fifteenth century Kent.

Use of cookies on this web site: Christina Courtenay collects no personally identifiable data in cookies. However, a number of social media and search engine companies place tracking cookies without our consent or co-operation. If you wish to avoid tracking, please read our cookies policy, where you will find links to resources that will help you set your browser accordingly.
Timeslip/Time Travel Novels | Historical Romance Novels | Regency Romance Novellas | Young Adult Novels | Foreign Translations | Home | About | Published Works | Blog | Travels & Research | Photo Gallery | Links | Get in Touch | Data Protection